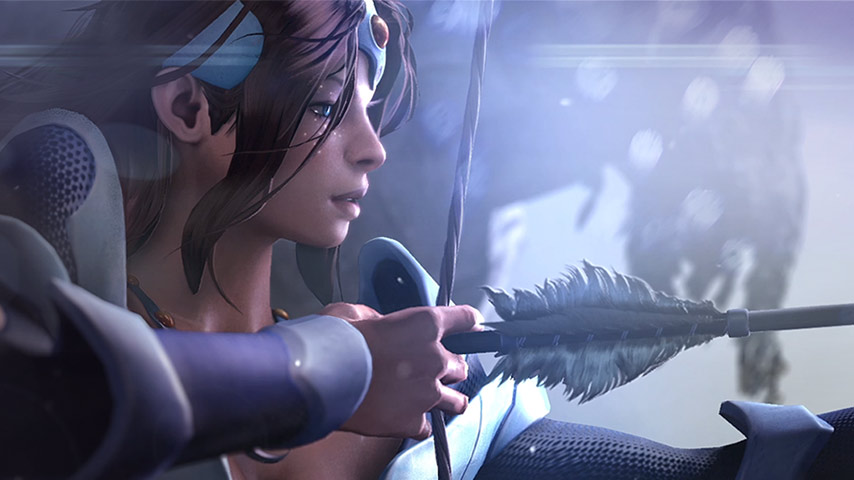 Ranked Matchmaking has been enabled in Reborn Beta.

Compendium challenges are now enabled. For the next few weeks, challenges completed in the Reborn Beta award 50% additional coins.

Reworked the client and server animation timing systems in order to improve features sensitive to animation desyncs, such as last hitting and projectiles.

Fixed input lag in DX9 in cases where the GPU couldn’t keep up with the CPU.

Fixed a crash relating to Luna’s Eclipse when she has Aghanim’s Scepter.

Fixed a crash related to combining observer wards and sentry wards on the courier.

Fixed some video settings changes getting reverted if they were made while playing a custom game.

Fixed cases where fire particles in the map would show through tree geometry.

Made various adjustments to the Dota map.

Fixed a bug where the courier’s deliver items command could get into a bad state if one courier was dead.

Pressing the Enter key when the accept match dialog appears will now accept the match.

Added support for copy/paste to the dashboard chat.

Added support for initiating and accepting trades from within the game client.

Added the ability to gift wrap items from the armory.

Fixed bugs where popups or context menus related to chat were minimizing the chat while they’re up.

Fixed some bugs where left/right clicking while interacting with a text selection in a label was behaving strangely.

Fixed a bug where tooltips wouldn’t appear in the accept match dialog after the player accepts/declines.

Many popups now support hitting the Escape key to dismiss them.

Fixed cases where the hero loadout screen was playing the spawn animation too erroneously.

Fixed bugs where the hero model would disappear from the loadout screen.

Added more variability to the 9th and 10th slot of the top custom games list, to provide more opportunity for other popular games to grow a bigger player base and move up the list.

Added a vote dialog that appears after playing a custom game you haven’t voted on.

Dota now also considers your upload network quality when choosing a host for a custom game.

IsCastableWhileHidden key added to npc_abilities.txt, to allow scripts to cast the ability while it is hidden.

MODIFIER_EVENT_ON_ABILITY_FULLY_CAST now has a target defined in the modifier params.

MODIFIER_PROPERTY_ABILITY_LAYOUT now uses the highest value instead of the first applied value.

Custom games can now specify keybinds in addoninfo.txt which are local to that game mode.

Changed JS API EmitSound() to return a handle that can be passed to StopSound().

The UI Example has been refactored to demonstrate improved panel performance techniques.

Added Lina as a playable hero.

Juggernaut’s abilities now scale with base damage as well as ability damage.

Added two Lua-based items that provide effects to their user when a target dies: item_saprophytic_blade, item_ritual_dirk.

Allow player to teleport to checkpoints (they’re now buildings that get their team assigned when they’re triggered).

Play sound when checkpoint is activated.

Item drops get launched from the killed unit.

Mac/Linux: Added a fullscreen mode that allows better interactions between the game and the desktop.

Model Editor: Fixed a bug where arrays in the property editor were not drag-and-drop reorderable.

Hammer: Fixed tint not working on static props that had alpha set to 0.

Hammer: Fixed bug where copying a tile from one tile set to another could result in tiles with invalid property values which could then never be successfully matched.

Hammer: Fixed bug where lifting the material under the cursor would pickup hidden tool materials in tile sets.

Hammer: Fixed bug where lifting materials or using assets under mouse didn’t work for models placed in a tile map

Hammer: Added a toolbar button to toggle tools materials seperately from everything else.

SFM: Fixed materials using expressions to use SFM time when rendered from the SFM

SFM: Particles recorded from the game which were attached to models now are locked to (ie follow) those models

SFM: Fixed depth of field using only as many progressive refinement samples as motion blur

PET: Fix for crash when selecting a model helper pointer or scene object pointer as the target of a scalar value.